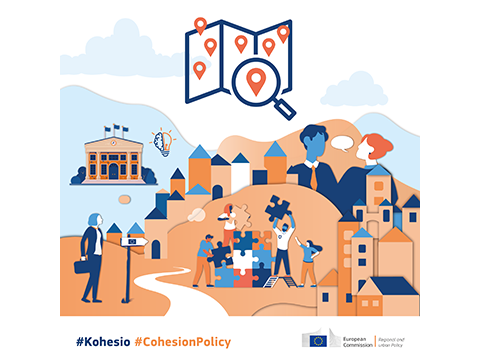 The European Commission has launched Kohesio, a public, EU-wide online searchable platform of over 1.5m projects financed through the European Regional Development Fund, the European Social Fund and the Cohesion Fund since 2014.

A first for EU project data, Kohesio is the result of close cooperation between the Commission and programme Managing Authorities, including the Southern Regional Assembly which manages the Southern & Eastern, and the Southern, Eastern & Midland Regional Programmes.

This Europe Day, the Southern Regional Assembly is celebrating the real impact of Ireland’s EU membership in our regions and communities through supports from the European Regional…
Read News

MARIE Partner Meeting in Athens May 2022

MARIE is back!!The MARIE project was awarded additional funding to continue its important work under call-5 of the Interreg Europe Programme, the aim of which is to provide new…
Read News

The LIFE National Contact Point in the Department of the Environment, Climate and Communications (DECC) will be hosting Ireland’s LIFE Information Day 2022 on Thursday 2 June from 9.15 until…

Please note that the registration for the EU LIFE Info Sessions 2022 from 18-20 May is now open at the following link: https://life-eu-info-days-2022.b2match.io/. Once registered, you can…