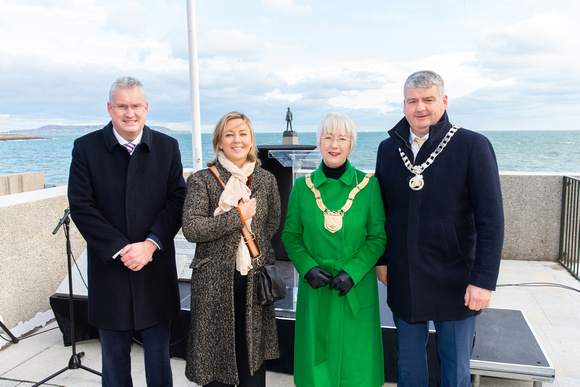 The Dún Laoghaire Baths were welcomed back by the people of the town, Tuesday 13th December 2022, launched by An Cathaoirleach of Dún Laoghaire Rathdown County Council, Cllr. Mary Hanafin

Elected members, local businesses and community representatives An Cathaoirleach and Frank Curran, Chief Executive at an official ceremony to celebrate the re-opening of the well-known public facility.

The project was mainly funded by Dún Laoghaire Rathdown County Council with a contribution by the European Regional Development Fund's Southern & Eastern Regional Programme 2014-20, managed by the Southern Regional Assembly.

Works included refurbishment of the baths pavilion, construction of a new 35m jetty, the installation of the Roger Casement statue, a changing shelter, the refurbished Edwardian gazebo in the beach garden and a new walkway from Newtownsmith.

The former pavilion building has also been refurbished with studio space for artists, a gallery and a café with a spectacular view of Scotsman’s Bay. The pavilion building and café will open in the New Year. There are also toilet facilities and a changing places bathroom for people with additional needs.

An Cathaoirleach, Councillor Mary Hanafin said: "The re-opening of the Dún Laoghaire Baths is a significant milestone for the Council and the people of the town. This well-known landmark has been an important part of the history and heritage of families all over the County. Once again, we can welcome visitors to this popular bathing area. This beautiful restoration will facilitate swimming, water sports, and a great concert area".

Frank Curran, Chief Executive said: "The project was guided by our policy of improving public realm for our communities and linking the sea front with the town centre. It complements and is linked to the People's park, the Lexicon library and The Metals. We look forward to welcoming local residents and visitors to the newly restored landmark. Once again, the iconic Dún Laoghaire Baths is back at the heart of it all, in this unique location".

There are plans for a new walkway between Dún Laoghaire’s East Pier and the Baths in 2023. While original plans did not include a swimming pool, a rectangular concrete void was left below the amphitheatre area with a concrete “lid” allowing for the inclusion of a tidal pool subject to approval.

Local artists can now apply for one of the four awards available, with rent free, purpose-built artist workspaces and project funding.  Details can be found here 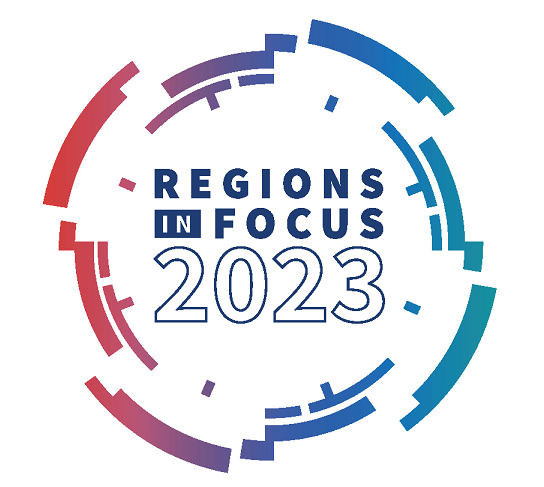 Regions in Focus 2023 to shed light on regional development and challengesSenior public officials, Industry and academic experts to meet with Regional Assembly representatives…