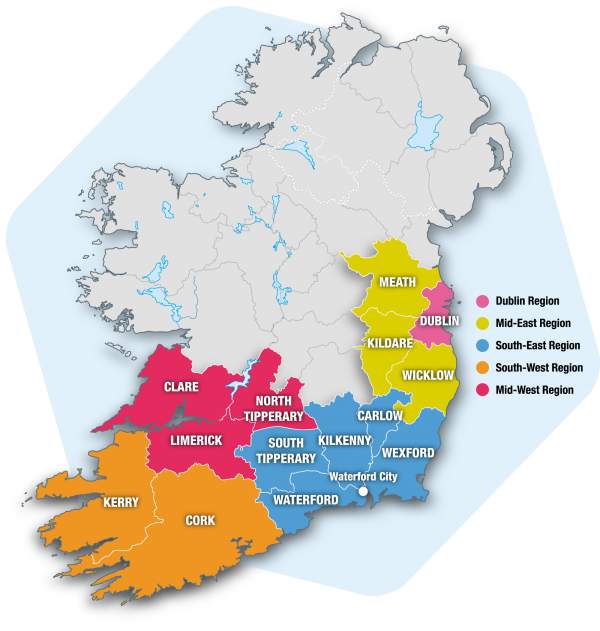 The S&E Regional Programme 2007-2013 had a total budget €687 million (€346.6m ERDF). The Programme was co-financed between the European Regional Development Fund and the Irish Government. Support focused on three priority areas for investment in the region: Innovation & the Knowledge Economy, Environment & Accessibility, and Sustainable Urban Development. The final implementation report was submitted to the European Commission in 2017.

The S&E Regional Programme 2000-2006 had a total budget of €4.1 billion,  €1 billion of which supported EU co-funded projects. These investments were undertaken in local infrastructure & enterprise development projects, the agriculture & fisheries sector and a substantial investment was made in childcare facilities, training of childcare staff and the development of the childcare sector. The final implementation report was submitted to the European Commission in 2015.