Marine Economy on agenda for Ministerial visit to Regional Assembly 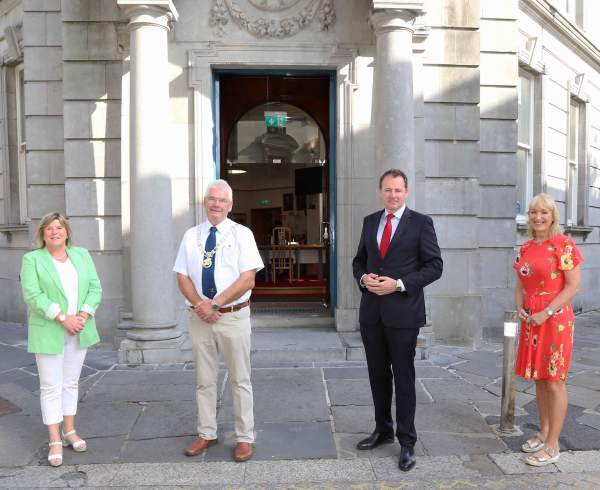 The Minister for Agriculture, Food and the Marine, Charlie McConalogue TD, and Minster of State for Health, Mary Butler TD, met with Members of the Southern Regional Assembly on the importance of the marine economy to the Southern Region of Ireland today, Thursday 22nd July in Waterford.

Members took the opportunity to raise concerns about the impact of Brexit on the fisheries sector, the impact of CAP reforms on agriculture in the Southern Region, and the need for investment in the Regions ports. Brexit has resulted in a significant increase and change in the use of the ports in the Region, underlining the need for Tier 1 status for the Port of Waterford and Rosslare Europort.

The significance of the marine and coastal environment to the society and economy of the Southern Region is reflected in the Regional Spatial and Economic Strategy (RSES) for the Southern Region, a 12-year strategic framework to guide future economic, spatial, and social development in line with the National Planning Framework Project Ireland 2040, which the Southern Regional Assembly is tasked with implementing as the regional tier of government.

Stretching from Wexford, along Waterford, Cork, and Kerry, to Clare, the coastline of the Southern Region is home to a quarter of the Region’s c1.6 million inhabitants.  The Region’s marine economy is a leader under National Marine Planning Framework due to its internationally significant ports and harbours, fisheries, marine and coastal tourism, food and drink, and research and innovation in the marine sector, amongst others.

Today’s meeting highlighted the importance of rural, marine and coastal assets to the sustainable development of the Southern Region and the transformative impact of delivering national policies on a regional scale through delivery of the objectives of the RSES, particularly in relation to freight, ports and harbour strategies for the Southern Region.

The Region’s rural, marine and coastal assets will be key factors in the successful delivery of a sustainable lower carbon and blue economy under the EU Green Deal and the European Regional Development Fund co-financed programmes, including the 2021-27 Regional Programme for the Southern and the Eastern & Midland Regions, which the Southern Regional Assembly is responsible for managing.

"While on my national dialogue tour, it was a tremendous opportunity to address the Southern Regional Assembly and to engage with Members on the importance of marine, rural, agri and food matters to the Southern Region of Ireland. The dialogue was constructive, and I thank the Members for their time."

"The Southern Regional Assembly plays a significant role in promoting balanced regional development, a priority for government, and shows how working together as a region much can be achieved. The vision of the Assembly which is located in Waterford City provides the opportunity for councillors to discuss important regional issues and challenges".

“The ambitious national policy goals to drive sustainable, balanced growth and economic prosperity must be supported through delivery on a regional scale. The delivery of the RSES objectives is hugely important as working together as a Region, we will always be stronger. I welcome today’s engagement with the Ministers, and I encourage future collaboration to achieve the common regional and national goals for the marine economy”.

About the Southern Regional Assembly

It covers the local authorities of Kilkenny, Carlow, Waterford, Wexford, Tipperary, Cork (City & County), Kerry, Clare and Limerick and has 33 members representing the ten local authorities at regional level, 27 appointed by their local authority and six as Committee of the Regions Members.

The Assembly forges links between EU, national and local levels through regional spatial and economic planning and European Regional Development Funding (ERDF) for the benefit of the Southern Region.

It is responsible for strategic regional and economic planning and supporting balanced, sustainable regional development by:

Key Marine Regional Policy Objectives under the Regional Spatial and Economic Strategy for the Southern Region include: 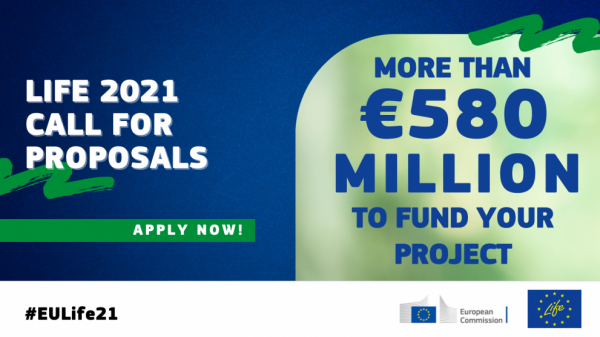 The LIFE programme has published a list of priority topics for the 2021 – 2024 period.Applicants to the LIFE Call for proposals should aim to address one or more of these priority…