Representing local and regional authorities across the EU, the Committee of the Regions is the voice of our regions and cities.  It advises on new laws that have an impact on regions and cities – comprising 70% of all EU legislation.

It is a political assembly with 350 locally and regionally elected members from all EU countries. It meets six times per year to debate proposed legislation and agree on resolutions for further action by the EU.

Ireland is represented by 9 delegates, all representing local and regional government in EU policy formation and decision-making processes. 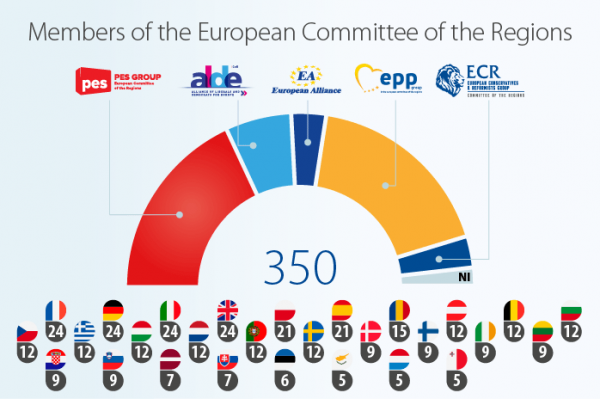